The easiest homemade pumpkin puree made in your pressure cooker (Instant Pot).  Minimal effort and just the good stuff is needed for this simple and mostly hands-off recipe.  Homemade pumpkin puree is thick, creamy, fluffy and sweet.  It will transform all your pumpkin recipes this fall! 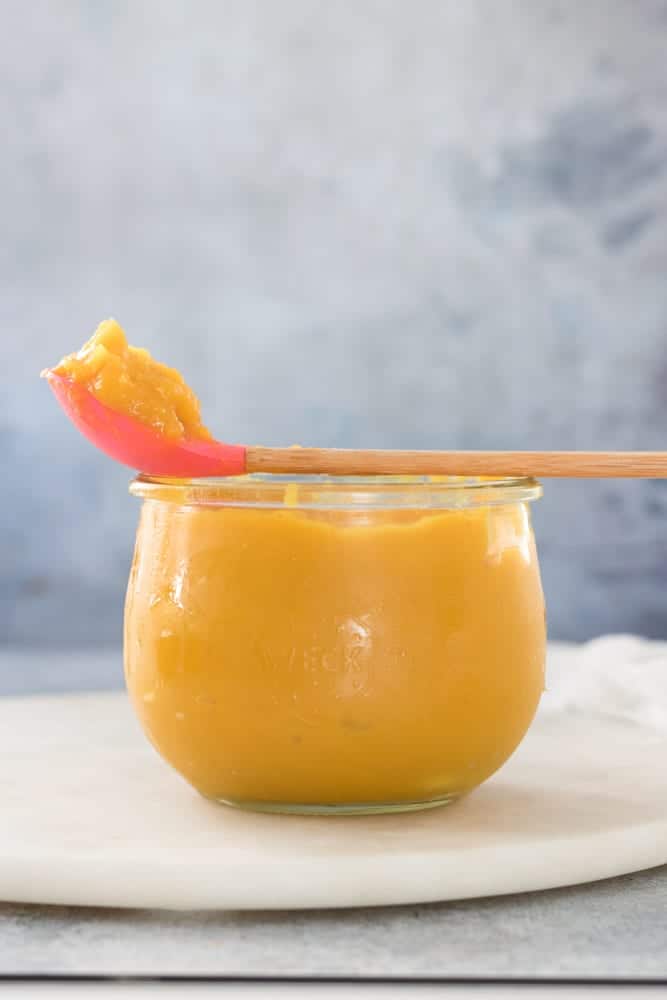 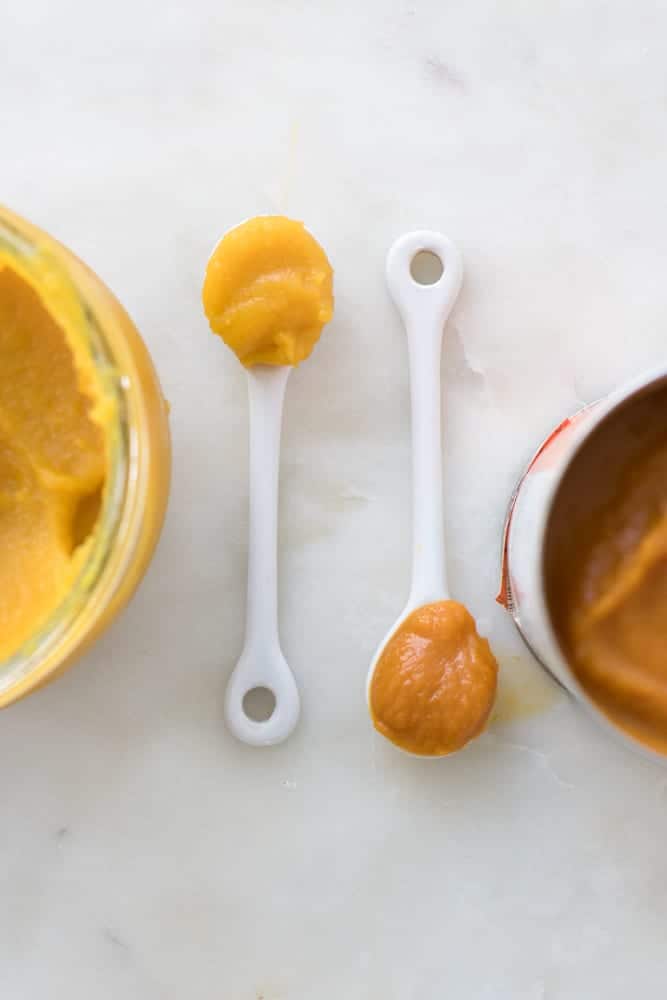 It makes me wonder what they are even putting in/doing to the canned stuff.

All you need for pressure cooker homemade pumpkin puree:

It all starts with a sugar pumpkin, also known as a pie pumpkin (not an ornamental pumpkin or a jumbo carving pumpkin).  A sugar or pie pumpkin usually weights 2.75-3 pounds. 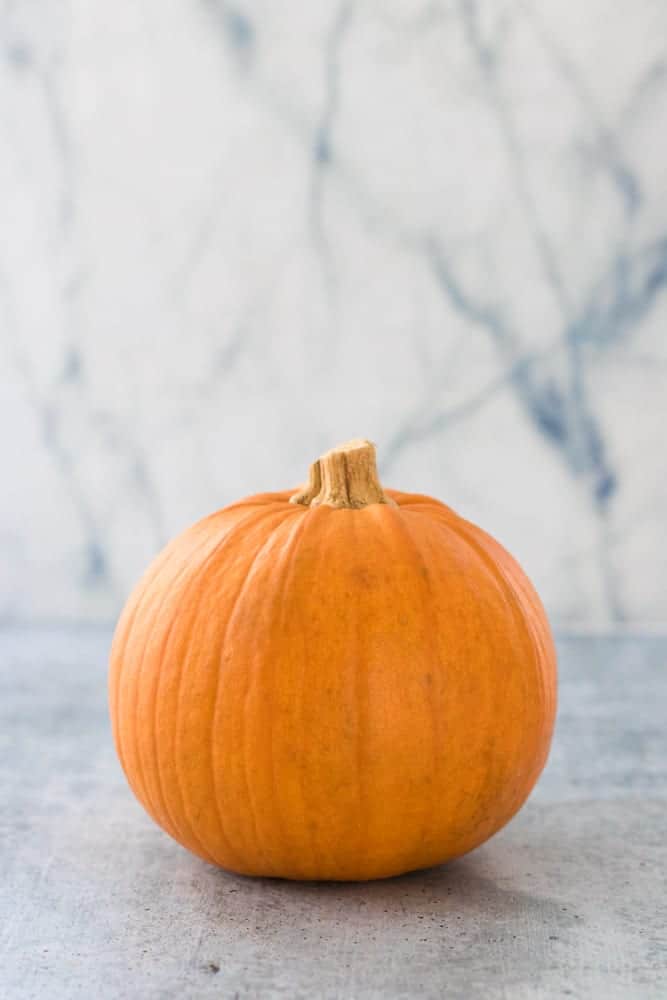 Forget roasting pumpkins which involves cutting an incredibly hard round pumpkin and scooping the uncooked seeds and “guts.”  With this easy Instant Pot/pressure cooker method all you do is put the pumpkin in your Instant Pot as is. 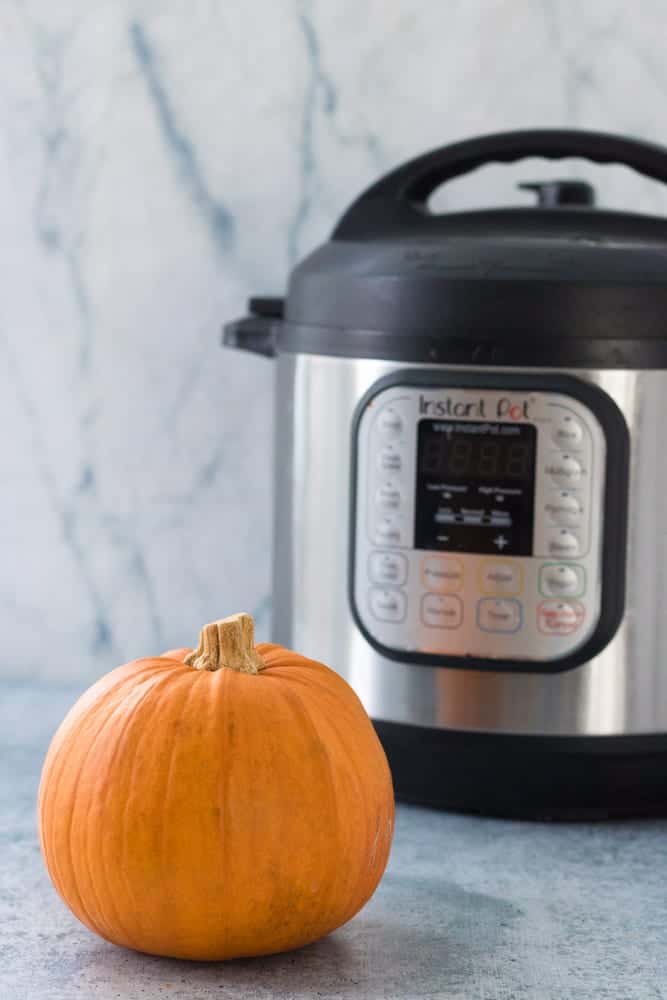 I use the steamer basket and add 1 cup of water then cook it on manual high pressure for 27 minutes. 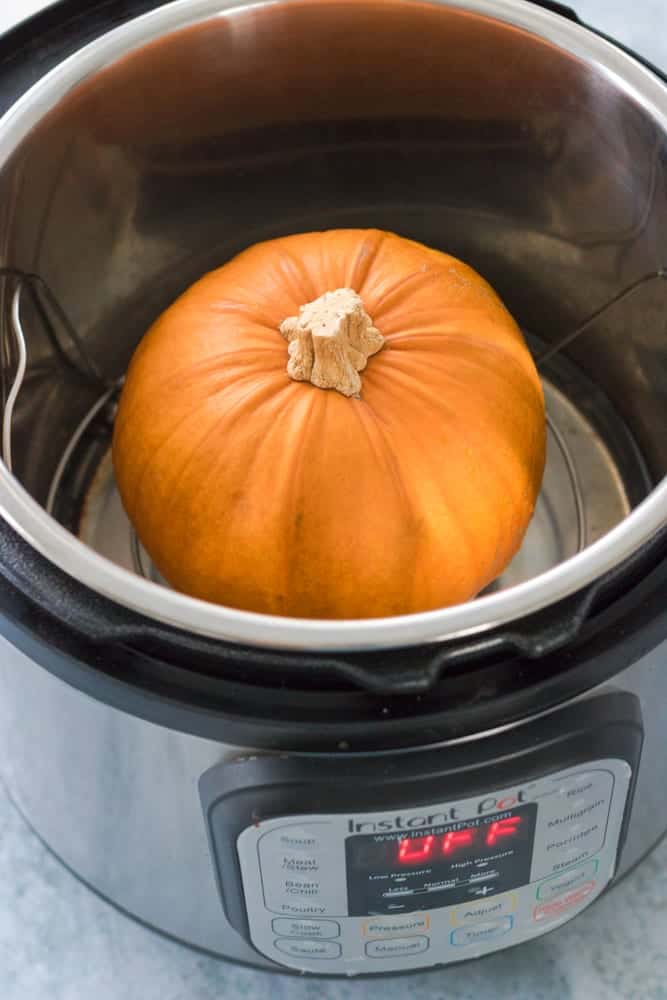 I then immediately manually release the steam and remove the lid. 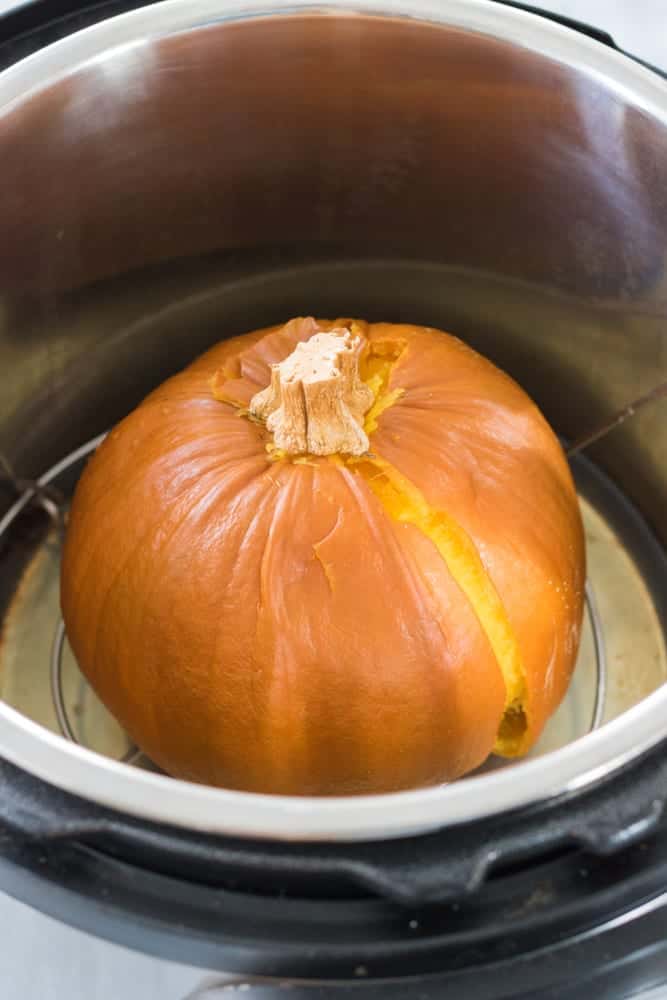 Once it is cool enough to touch you can easily slice it in half and peel away the stem and skin.